The term “waste” encompasses a broad range of products and disposal techniques. It might be difficult to decide which waste must be recycled, which should be dumped, and how to handle dangerous rubbish. There are numerous ways to get rid of the trash. A corporation should be able to dispose of items in a number of different ways.

Reusing or recovering materials that otherwise would have been thrown away is what recycling means. The three different methods of recycling are energy conversion, biological reprocessing, and physical reprocessing.

Recycling facilitates initiatives aimed at achieving 0 waste environmental goals and lessens the quantity of waste that must be disposed of in landfills, both of which are beneficial to the environment.

Waste-to-energy recovery is the last form of recycling technology. The waste-to-energy (WtE) process converts non-recyclable waste into fuel, power, or heat through a number of processes. 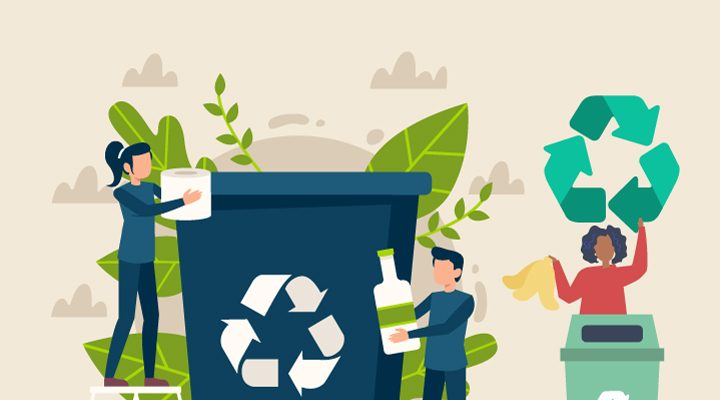 General trash is defined as garbage that isn’t dangerous, offensive, contaminated, or recyclable. The majority of it is gathered by regional government agencies or private businesses and disposed in landfills.

A national strategy is in place to lessen the amount of waste dumped in landfills. Recycling, reusing, and spreading awareness of the benefits of recycling are used to achieve this.

Always dispose of rubbish properly and with common sense. Garbage is positioned in black, wheeled bins or skips until it is collected. It’s against the law to dispose of dangerous things in regular trash.

Both in households and businesses, liquid waste is a prevalent problem. Rainfall, filthy water, body secretions, and water used for dishwashing and laundry are all included in this garbage.

You ought to be aware that liquid waste could originate from a single source or several sources simultaneously. All liquid waste generated by manufacturers is referred to as point source waste. But at the other hand, liquid waste from non-point sources comes from sources that are present in nature.

Additionally, organic matter can be created via the decomposition of items such as plants, food leftovers, and paper. Recycling produces organic material that can be used in many different industries, including agriculture. Waste is frequently disposed of in a particular container and left there until it breaks down.

Waste that can catch fire is considered hazardous, toxic, or toxic-corrosive waste. Given that they might be harmful to both people and the environment, these items need to be disposed of correctly.

Therefore, if you want to properly dispose of potentially harmful things, you should always engage with a competent waste disposal company.

Hazardous trash could only be used to make a tiny portion of new products. Circuit boards and lead-acid batteries, for instance, can stick to other forms of pollution and be used as road filler. When hazardous substances are converted into new products, the amount of chemicals in the environment is decreased.

Another way to get rid of hazardous waste is to burn it or otherwise destroy it. The quantity of hazardous trash is decreased while also providing energy for use.

Pyrolysis is a terrific way to get rid of dangerous substances because it can be carried out at extreme temps and in an inert environment. This approach is preferable to burning since it reduces the risks of burning PCBs, organic waste, and pesticides.